"You're the song I wrote that I will always love" 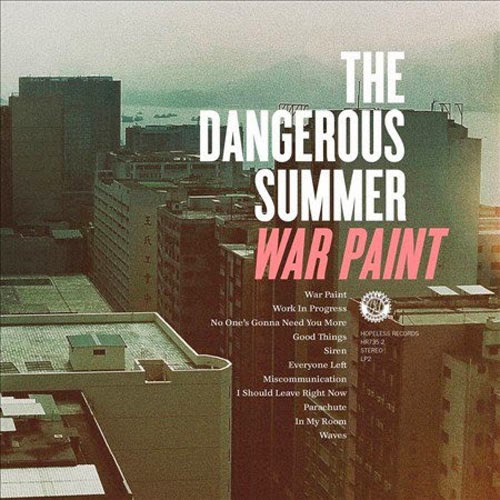 Two years ago, when The Dangerous Summer landed on my radar with the release of Reach For the Sun, I was checking out the record based on one great review of it, without hearing a single track and lacking any knowledge of this band's background. The band turned out to be the best discovery I made that year (and I made many), and over the course of that spring and summer, that record got to me in ways that only a few albums ever had before and maybe only 2 or 3 have since. It found me in an interesting place in my life: I was about to graduate from high school, had just received my acceptance letter into my college's music program, after a solid month on the waiting list, and I didn't have more than a faint idea of what I wanted to do with my life. Reach For the Sun came into my life and became my soundtrack: all of my uncertainty, all of the bittersweet feelings I had about graduating, and then later about leaving behind the only town I'd ever known, seemed to be staring back at me just under the surface of The Dangerous Summer's emotional vocals, heartfelt lyrics and their wall of guitars. There were songs I felt I might have written myself, songs that flawlessly described the way I was feeling, or songs that spoke of experiences like ones I had faced over the past few years. I took those songs, filled them with my own experiences, and they became immortal to me. It would quickly lead that album into my top 25 of all time. 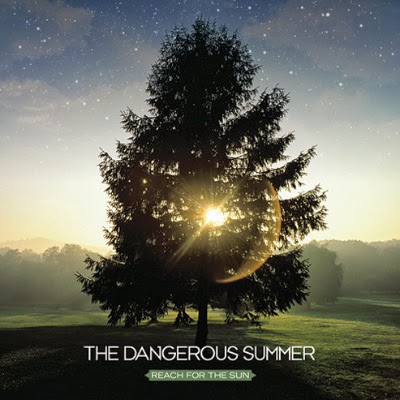 Two years later, they're back with a sophomore record that makes me feel almost the same way, an album that is every bit as good as it's predecessor (or even a little bit better) that has become the soundtrack to my summer and unquestionably my album of the year thus far. War Paint picks off where Reach left off. Make no mistake, this isn't a departure: most of these songs would have fit comfortably on the last album (a record which wasn't notable for it's sonic variation anyway). That's not to say that all the songs sound similar, but they could easily blend together on first listen or for someone not already used to the band's songwriting style. The key to the record is frontman A.J. Perdomo, with his earnest lyrics and fiercely emotional vocal delivery (what he lacks in technical skill, he makes up for in conviction). The guitar sound on this record is massive, and though the constant presence of the instrument may be tiring for some listeners, Perdomo's songwriting is simply too good to ignore.

I could go through this album, describing bits of each song and quoting lyrics, but those things couldn't possibly express the way I feel about this album. The Dangerous Summer, more than perhaps any other artists I know, more than Butch Walker, more than Bruce, more than Jimmy Eat World, appeal directly to my emotions. When I hear A.J. Perdomo sing songs like "No One's Gonna Need You More" or "Siren" I can't help but be drawn in. And when he sings the bridges of those songs, the part of a song that seems to be his songwriting specialty, I can't help but get a little bit choked up. This isn't a record I can go through and speak at length about every single musical nuance, because honestly, there aren't many. The instrumentation is basic: guitar, bass, drums and vocals, the chord progressions pretty standard. A detractor could easily find a lot to complain about on this record, and yet, when I hit play, I can't help but be completely captured by what is coming through my speakers. There hasn't been a record this year that has been able to involve me so thoroughly. Whenever I play a track, I can't resist listening to the rest of the album from that point. And I always sing along to every word.

For as far back as I've been in love with music, a band or an album has defined my summers: 2004 belonged to the Counting Crows and Hard Candy. 2005 was ruled by Butch Walker, as was 2006, though he was joined there by Dashboard Confessional with Dusk and Summer and Jack's Mannequin with Everything in Transit. 2007 was all about Black Lab and Moses Mayfield, 2008 encapsulated by Safetysuit's Life Left to Go, 2009 by Reach For the Sun and Mat Kearney's City of Black and White, and 2010 had a varied soundtrack dominated the most by Chad Perrone. 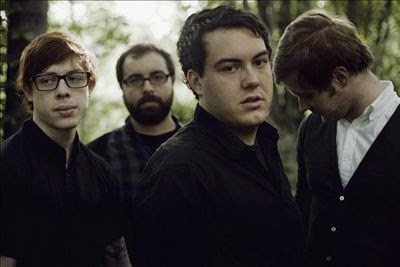 War Paint will be the album that will always take me back in time to summer 2011: that night in mid spring when I first heard an unmastered version of the dark "Work in Progress." Rushing home to download the record the night it leaked and hearing the opening bars of the title track cascade out of my speakers. And plenty of early Sunday evenings or late weeknights, driving home with the album playing at full volume, singing along with every song at the top of my lungs and marveling at the beauty of this town, at the gorgeous night skies or the breathtaking sight of the evening sun sparkling on the water. All the time I spent with my girlfriend and her family or with mine, all the nights performing at my local dinner theater and just loving my life and all the people in it, always wishing this season could last forever, will at least be forever preserved in these songs: in the retro guitar intro of "I Should Leave Right Now," in the shattering bridge of "Miscommunication," or in the massive chorus of "Everyone Left" and the emotional release that comes during the climactic moments of "In My Room."

"Waves" is the album's closer, and I can't really imagine a better finale to my own near-perfect summer than that. When I hear that song, the entire season, from the day I left school until today, flashes before my eyes. I see the sun-drenched beach where I spent so much of my time, and for a moment, I can almost feel what it was like to be there, but then the song is over far too soon, and it's gone. And then it strikes me just how quickly this summer flew past: it seems like it was only yesterday when I took a twilight walk around campus on the first (and one of the only) gorgeous days of last spring and felt like I could almost taste the summer, like it was finally within my grasp after what had been a truly awful semester. Now, here I am, with less than a week left in my hometown and wishing with all my heart that I could go back.

But as A.J. sings in War Paint's final song, "I'll take my time and move on from all of this, it's all about the rolling waves." No matter what happens, no matter where life takes me from here, I think I really am ready to face it, it's just always so hard to say goodbye to something that feels completely safe and friendly. It's times like these where albums like War Paint come to mean the most to me, and I can guarantee this is a record I'll be listening to for the rest of my life. The best album of the year, the best album I've heard so far this decade, and probably the first new album that will join my all time top ten since Butch Walker dropped Sycamore Meadows in 2008, War Paint is a masterpiece, and means more to me than I think I'll ever be able to express to anyone. It doesn't matter to me that it isn't going to show up on end-of-the-year lists for the likes of Pitchfork or Rolling Stone, and I don't care that the vast majority of the people I know will never have any idea who The Dangerous Summer are. I don't need anyone else to tell me this album is something special: my heart's already done that for me.

Craig Manning
"We live in a post-authentic world. Today, authenticity is a house of mirrors. It's all just about what you're bringing when the lights go down: it's your teachers, your influences, your personal history, and at the end of the day, it's the power and the purpose of your music that still matters." -Bruce Springsteen